Councillors were presented with the second draft of the municipal budget when it met Jan. 13. The latest draft isn’t the final spending picture for the township. Possible further budget changes may depend on the tax rate set by Haliburton County.

When the budget’s first draft was presented Dec. 9, the spending plan projected a tax increase of 8.9 per cent over last year.

The second draft is proposing a 2.34 per cent increase per $100,000 of assessed property value. That’s $7.22 more for the residential tax levy than last year. Basically the cost of … well, there isn’t much you can get for that these days. Perhaps there’s a measure of solace in that.

“We’ve done a pretty good job of paring it down,” Fearrey said. “But I still think we got the things in there that are necessary.”

Education rate will remain the same as last year. Haliburton County’s levy is tentatively projected to be 6.24 per cent increase.

“From what I hear, it’s not going to stay there,” Fearrey said of the county’s levy. “It’s going to come down. No one wants to put people in a position where they have to decide whether they’re going to buy their pills, their gas, or their groceries. And we do have a lot of that in our community.”

He said Dysart has the lowest tax rate within the county and that fact resonates through all the other classes, whether commercial or industrial. And, he said, the town has been growing about twice as fast as the other townships.

Without considering any surplus or deficit, currently the working fund reserve is sitting at $1,762,873.

Primary reserve funds are forecasted to close out 2022 at a little more than $5.6 million. By the end of this year, Swanell said reserve funds may decrease by about $1.5 million.

“There’s always a mentality that if you don’t spend today, you’re going to spend twice as much tomorrow. There’s a little bit of truth to that,” said Fearrey.

Swanell said the town is closely watching the contract landfill service, specifically for construction and demolition waste. There’s a projected $400,000 deficit there.

“This dramatic increase in the amount of construction and demolition waste that we have experienced, I think, is reflective of our local economy,” said Watson.

“People are renovating their homes quite extensively.”

Residents trying to get a contractor for a kitchen renovation are having to wait many months for the project to begin. Contractors have weeks of work stacked up.

“Some renovation and construction firms that typically, traditionally, would close over the winter months remain open now because of the amount of work they have,” Watson said. “While that is a boon to our local economy and shows that people want to live here in Dysart … on the waste management side, we’re seeing people needing to dispose of that construction and demolition waste.”

And that’s the wellspring from which landfills are flooded on the backend.

Watson said last year there was a 112 per cent increase in the cost to process and remove materials from landfills over the previous year. And there was a two per cent decrease in money the town made by way of tipping fees last year.

“Essentially, the amount of material we’re managing has increased dramatically,” he said. “That means we’re having to haul out more frequently. The price to haul and process construction and demolition waste has increase dramatically.

“However, the revenue has flatlined and remained stagnant.”

The town will increase the cost to residents to dump furniture to $20 from the current rate of $10. The cost to dump construction and demolition waste such as shingles and whatnot will rise from $60 to $100 per cubic yard. And that kind of waste mixed with garbage and recycling will cost $200 per cubic yard to dump at a landfill.

“It is possible that contractors who maybe work in other municipalities have, unfortunately, been bringing materials to us,” Watson said. “There is the potential with this increase in construction and demolition waste tipping fees that will stop as we become the higher priced location.”

The impossible dream; memories of…

Changes to fishing regulations on…

Turning the wheels on wellness

YWCA is here to help 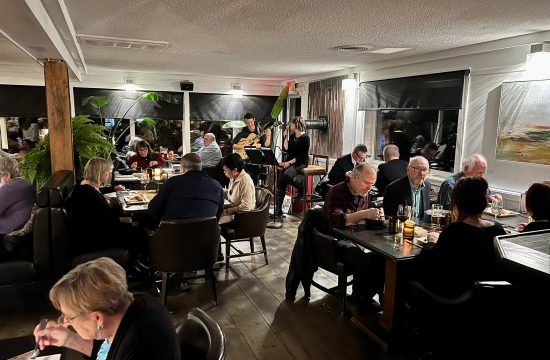