Among the shifts being brought about by climate change are changes to lake ice cover patterns which ultimately affect the biology of the lakes themselves.

Dr. Laura Brown an assistant professor with the University of Toronto presented findings on changes in Haliburton County lake ice during the Celebration of Research event at Haliburton Forest on May 10.

The annual event provides an opportunity for those conducting scientific research on the forest property to share their work.

As Brown informed the crowd at the outset of her presentation the research she was presenting is performed by her students. “They do all the field work all the hard work and then I just make the graphs and share the data” she said.

Lakes cover 11 per cent of Ontario.

“They interact with the climate and they respond to the climate” Brown said. “One of the useful climate metrics we can use is the lake ice duration. It’s a good proxy for climate variability and change.”

“In the north we see species shifts we see algae changes and this is all linked to the physical properties of the ice” said Brown who conducts much of her own research in the Arctic.

In general lake ice cover duration is decreasing across the northern hemisphere. However within Ontario climate variability – particularly the number of mid-winter thaws – mean that some lakes keep their ice longer than others.

Essentially there are two types of ice: black ice and white ice. Whether an area has more black ice or more white ice affects the rate at which its ice cover duration is decreasing over time.

“The black ice is the clear that you can see down to the bottom” Brown said. “It forms thermodynamically from heat loss and the snow cover when it falls and lands on the ice provides some insulation. So once you have a snow cover your ice doesn’t form quite as quickly. But once you have too much snow it pushes the ice down below the water [the ice] cracks then floods. That flooded ice then refreezes as white ice.”

“In particular this affects the break-up timing” Brown said.

The frequent mid-winter thaws that Ontario now experiences mean more layers of white ice are building up in lake ice as the ice thaws floods then freezes again.

“We have a lot more white ice in the temperate region than we do in the north” Brown said.

Students collected ice thickness data using acoustic sonar equipment in concert with satellite imagery. During the past four winters the ice composition on the Haliburton lakes they’ve studied have had white ice compositions of between 25 and 70 per cent last season seeing ratios of about 50 per cent white ice and 50 per cent black.

The Arctic by comparison has only about one per cent white ice. That means average ice cover duration is decreasing at a much quicker rate in the Arctic than it is in Haliburton County and other parts of Ontario.

Students looked at county ice measurements dating back to 1888.

“There’s an overall decline [in average ice thickness] of one centimetre per decade” Brown said.

By comparison and for context in the Arctic about 50 centimetres of ice thickness has been lost in the past 60 years.

“We are thinning but not at the same rates that we’re seeing in the north” she said.

Despite lockdown, some April Break… 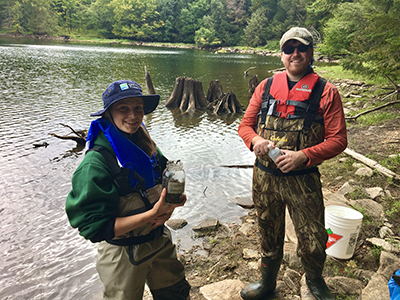 Looking at locations for charging… 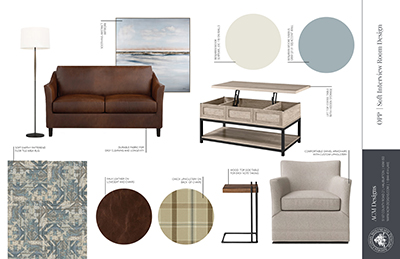 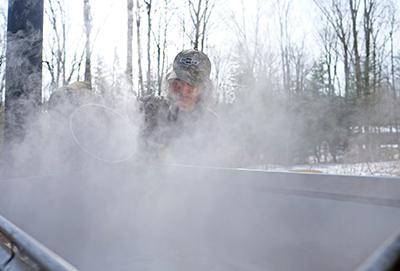