Home » News » Arts And Culture » Early Stages: life lessons on stage and off

The name of the game says it all: Atoms.

Atoms is a favourite improv game of the students at Early Stages – a month-long theatre apprenticeship program held in conjunction with the Highlands Summer Festival.

Fourteen students aged 10 to 14 break into groups. They crouch they climb they touch palms. Denton and the other instructor James Frantowski watch from the sidelines.

“As a giant group” says Robertson “I want to see a farm.”

One student becomes a tractor another a fence. Three boys contort their features mooing and oinking until the upper level of the Haliburton Highlands Museum – home of Early Stages since the beginning of July ­– almost starts to smell like hay.

It’s these acts of transformation big or small that Early Stages can spark. But it’s more than that says Denton.

“It’s learning you have your own journey through the things that happen to you” he says.

Improv is a tool where you learn to overcome difficulties work as a team. “If you’re a performer you can’t calculate everything that’s going to happen.”

At Robertson’s command the students freeze into position mouths puckered arms crooked.
“As two groups I want to see a pizza parlour” she says.

Dough flips and twirls into the air. A patron sniffs in anticipation. An oven opens its doors.
Robertson orders another wedding cake then a giant face.

“I’ll be an eyebrow” says one of the students.

It’s clear this isn’t a singing and dancing camp a music-theatre camp. Denton calls it “an experience camp.”

Some of the students lie on the ground arching toward one another fingertips touching. Others scrunch into balls. They seem to intuit rather than discuss what’s next. It’s past their lunch time but no one show signs of wanting to go anywhere but deeper into the contours of what appears to be a smile.

“Hold it!” says Robertson and the smile doesn’t waver.

For three days a week four weeks a year Denton and the two instructors he hires each season endeavour to create a space where kids can feel safe to explore their creativity as individuals and as part of a team. Usually Denton employs leads from a Highlands Summer Festival production – Robertson played Nancy in Oliver! Frantowski played her murderer Bill Sykes.

This year half the Early Stages students also acted in Oliver! – as workhouse boys and girls and members of Fagin’s gang.

The experience of working alongside their instructors in a play says Denton watching while he directs Robertson and Frantowski shows the students that acting is something “we’re passing on together.”
Teamwork is the secret weapon of any good actor says Denton no matter how alone they may appear on stage. Improv is one method to teach this skill essential to the success of an actor and one might argue life.

Thirteen-year old Alex Elliott a lifelong Haliburton Highland cottager who has been attending Early Stages since he was 10 has already learned this lesson. He brings his sandwich over to the table where his teachers sit for lunch.

“It’s good for kids to learn about the skills required in acting” he says “but I don’t think it’s essential to learn how to act. Teamwork improvisation those types of stuff. They’re skills you’ll have to use all through your life and I think it’s good to learn them.”

Elliott says he’s better at having conversations now a side effect of his Early Stages training.
“We talk a lot about the ‘Yes and’ principle” he says and gives an example. “Say I ask you to go waterskiing and you don’t want to go. You could say ‘Yes and I’ll spot you’” instead of just saying no I don’t want to go.”

Frantowski who began his acting career at the age of four when he starred in Frosty the Snowman explains the importance of  “yes and” rather than “no but.”

“No kills a scene” he says. “Improv is a living breathing thing that constantly needs to be fuelled.”
There’s no shortage of fuel in the Haliburton Highlands. Denton who brings over 20 years of teaching experience at Sheridan College and a stellar list of acting and directing credits to the Highlands Summer Festival recognized this years ago when he first came to the area. Since directing Within Reach in 2012 starring seven young women from the area he saw the potential of the arts-infused community.

“It’s wonderful to have kids on the stage” he says. “Everyone loves to see them and they learn so much about responsibility.”

When he developed Early Stages in 2014 he wanted to create something with “less structure than a production but the same sort of opportunity.”

The students attend all Highlands Summer Festival productions. They receive vocal training participate in team-building exercises play improv games. They discuss theatre and current events. Before playing Atoms they discussed the Syrian refugee crisis. Discussing the world-at-large encourages exploration beyond the individual says Denton. Students imagine how it must feel to be a refugee for example further stoking their imaginations.

On Aug. 3 the last day of class the students performed a theatrical piece based on the journey of the Syrian refugee family expected to arrive in Haliburton this summer.

Robertson who will be returning to Oakville after the performance says “I’ve been blown away by how creative they are especially when talking about a serious topic like the refugee crisis. We don’t always trust kids to form opinions but here we give them the opportunity to speak.”

Trust is an important word here.

“You have to feel like you’re part of the team that you can take risks” says Frantowski. “Sometimes I just act like an idiot. I try to be myself and show them it’s OK to do that. It’s important not to take yourself too seriously.”

Denton laughs. “It’s my job to do that” he says. “Somebody has to watch the clock.”

He looks at his watch. Fifteen minutes until lunch is over. But the students have already begun to clump together – twirling arching improvising. Denton watches. Smiles.
“Look” he says. “Just look at them.”

Grip it and rip it…

Drug overdoses on the rise…

Sports, extracurriculars to return at… 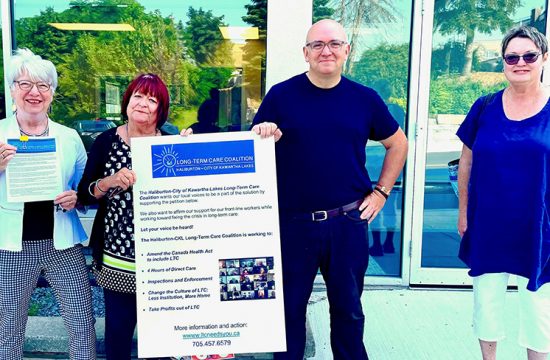 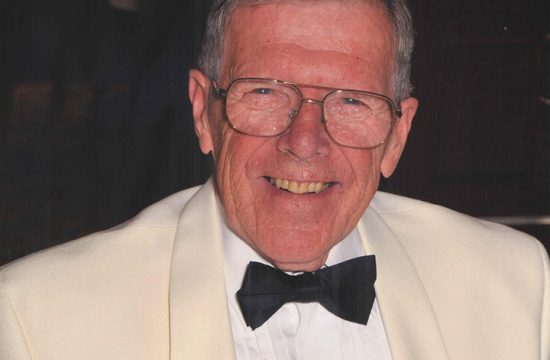 Jack Bush: The man with…

HE council members will attend… 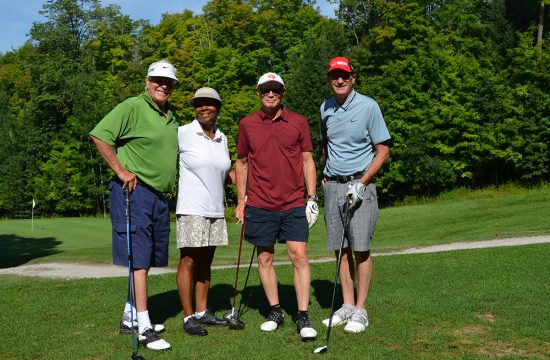 ‘First of its kind’ dental… 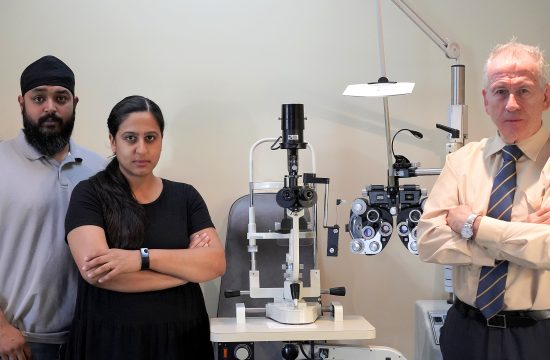